Another day. Another country. Another bus ride…I feel as though I have spent a good portion of my week on a bus making my way into and around Vietnam. From Phnom Penh I took a relatively nice bus with a sane driver into Ho Chi Minh. One night there, the highlight being having the dead skin taken off my feet (an island life of no shoes isn’t good for the sole). I then got a reasonably scary mini bus into Nam Cat Tien (a national park). I checked into my own bamboo hut which was dinky, but also came with a huge spider in the bathroom, and headed out. After befriending some local girls, and having multiple pictures taken with them, I got the boat across the river into the national park. I was here to meet David who I had met previously when he was traveling around NZ. Upon finding that he was still in the jungle I imposed myself on the other female volunteers who were celebrating a birthday. That was how I found myself drinking Pimms with starfruit around a table of quite drunk Vietnamese people. Anything can happen here.

The next day we rose early to catch another mini bus to Dalat. This time I genuinely feared for my life, the driver clearly had a death wish…a bat out of hell would have been eating our dust. After five hours of trying not to look out the window we finally arrived and checked into the Enjoy Dalat Hostel, a nice place with black and white tiling throughout and a leopard print colour scheme (classy). 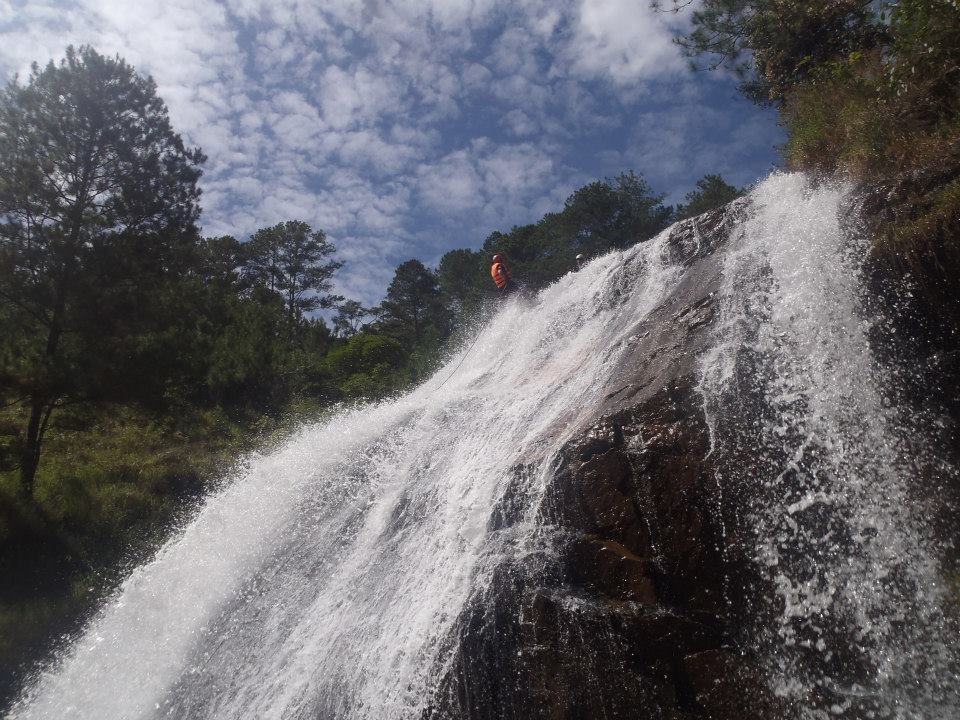 Today we did a canyoning tour with Green Adventour. It was AMAZING! I would highly recommend a visit to Dalat to have a crack at it. We abseiled down three rock faces. The first was 15 metres, the second was a waterfall that was 25 metres and the final one was which was 12 metres… dubbed the ‘Washing Machine’ because of the way the waterfall spins you around and spits you out as you repel into it’s foamy waters (just a bit scary). Along the way we also went ‘water sliding’ down a few rapids and did a big jump from a rock face. It was a great day out and a good way to get the adrenaline pumping. Tomorrow we are taking a tour around Dalat with Easy Riders so I shall let you all know how it goes! 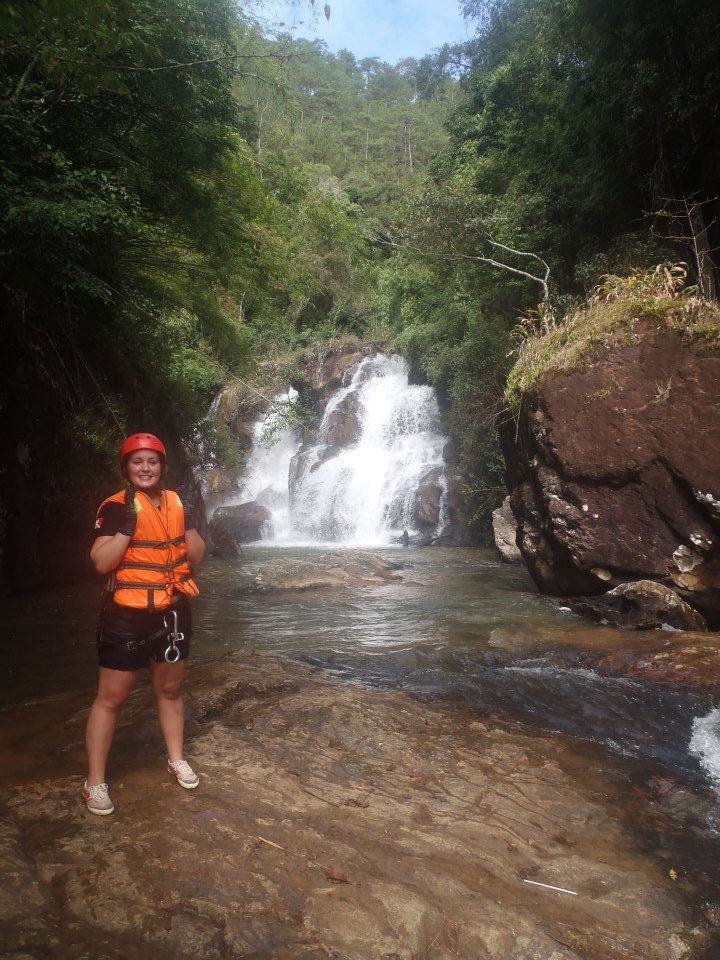 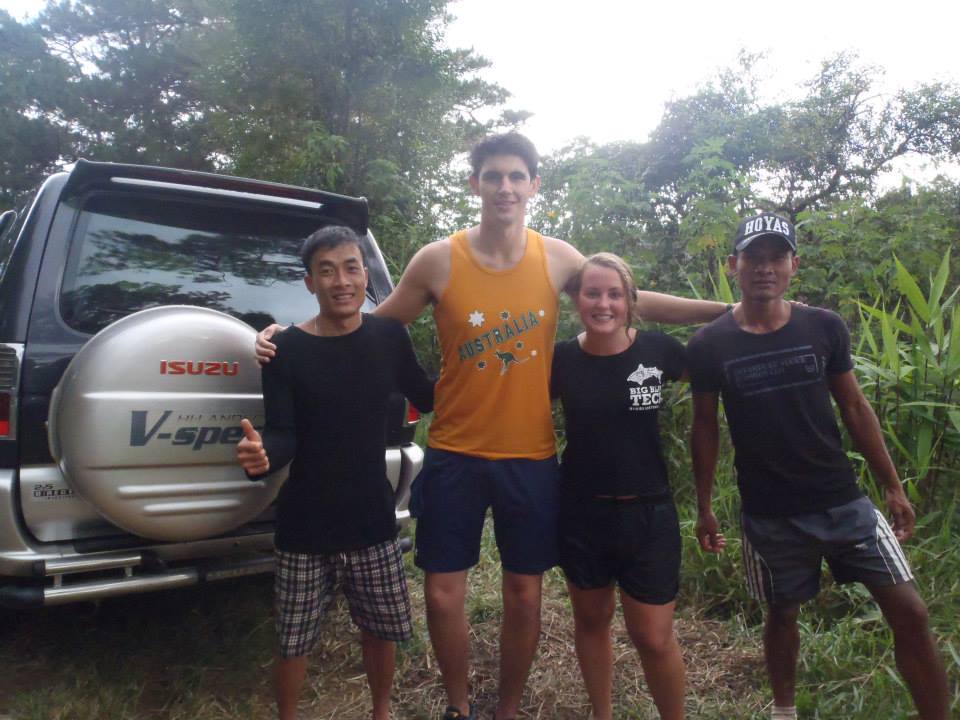