London Living – How to avoid the tourist traps

Millennials are a generation that value experiences above possessions and we all want to be the intrepid traveller discovering the unique and unknown. We are all jumping on planes, trains and automobiles more than ever before, flooding our social media with all the beautiful things this world has to offer. Often this means the road less travelled is now the road best documented and writing this makes me guilty of adding to the noise.

We trade on our cultural capital and to be able to share our specialist knowledge is a wonderful thing. So in a city like London with unlimited options that have been endlessly discussed how on earth are you meant to know what’s good and what’s not? I’ve written a list of 5 things that are either commonly recommended or ubiquitous in London life, that in my opinion have better, lesser known alternatives. Not to say that they aren’t good (they have been endlessly reviewed for a reason)…but there are other options out there that don’t necessarily feature at the top of your Tripadvisor search.

Brick Lane is known as a top spot for curry. It is a stretch of restaurants where the proprietor will stand outside and strike deals with you so you dine with them. The bartering experience can be fun if you’re into it but the prices have been artificially inflated so you feel like you’re getting a deal when you’re just paying what it’s worth. The food is perfectly fine but probably won’t blow your mind.

My preferred destination for curry is Tooting Broadway (Zone 3 South on the Northern Line). Anyone who has come to stay with me will know that I drag everyone to my favourite spot on Tooting High Street called Mirch Masala (I love it so much I even had my birthday there). Lahore Karahi is another favourite, popular with locals and always packed. There is Masaladar further up the street which has a wall that is made entirely of gold glitter (an excellent accompaniment to your naan bread), or Spice Village which is always heaving (they don’t allow alcohol – so don’t turn up with your 4 cans of Fosters from the off licence).

Tooting will give you a really authentic experience and some of the best curry you have ever had. It’s not the most glamourous of settings but it’s a great place to take a group of friends, eat tonnes of delicious food, drink your own booze and only pay about 15 quid for the pleasure. Afterwards you can head to the pub and then Tooting Tram and Social to dance the night away. You could even get there early and take a look around Tooting Market beforehand, perhaps get a tattoo, buy a pet budgie or have your newborn’s head shaved…anything is possible in the market, it’s like being in a different world altogether.

This is probably a bit unfair because Borough Market is excellent, especially if you are looking for produce to take home with you. However, if you are looking for something delicious to eat there and then you can’t beat Maltby Street aka Ropewalk. It’s only a short stroll from London Bridge and found in the middle of a fairly nondescript industrial feeling area, most of the stalls are in old railway arches which adds to the charm. Bring cash and an empty belly so you can eat your way down the strip and come out the other end fit to burst.

Sample Brazilian steak wraps, insane South African style burgers, honeyed mead, German sausages and delectable sweets as you go full Augustus Gloop on this place. Then you can relax at one of the tables outside Littlebird Gin and enjoy a refreshing cocktail. In reality you could and probably should do both if you have the time, but if I had to choose one it would always be Maltby Street. It’s also very conveniently located for my next ‘Do’ which resides in some of the arches further down the street.

There is a plethora of pub crawls you can go on around London – Dickens themed, Monopoly themed, location or tube specific like Camden or the Circle Line. Most of these you pay for the pleasure and they offer a fairly extensive list of pubs which have you dashing about the city all day and night. Again, these can be marvellous fun if that’s what you’re into, however, if you are looking for a boozing experience that’s more relaxed then I cannot recommend the Bermondsey Beer Mile enough.

Just around the corner from the Maltby Street market are lots of independent brewers who have a wide variety of craft beers on tap. Don’t let the words ‘craft beer’ put you off, this isn’t a bunch of hipsters channeling their inner lumberjack and wearing ironic t-shirts while they chug £8 beers. The owners are enthusiasts who have started their own breweries and are selling their wares, much like a tasting/cellar door at a winery. It has a super friendly atmosphere and it’s frequented by people from all walks of life. Best enjoyed on a sunny Saturday afternoon after you have gorged yourself at the market, this is one not to be missed. For more details you can check out this post on the Beer Guide London blog.

Side Note: The Bottle Shop has a Miss Pac Man machine you can play for free.

I LOVE comedy and luckily for me London is absolutely full of it. It’s a bit like that old saying about rats…for every one you see there are 10 others just out of sight, it’s the same with comedy gigs. Every pub and theatre has dedicated comedy nights. Many times in my comedy tourings I have visited the Top Secret Comedy Club on Drury Lane which has a 4.8 star rating on Google. This is a cut price comedy venue in a basement with a very cheap bar for central London.

They make their money by packing in the punters and then giving them ample opportunities to buy booze which prevents the shows from ever finding their flow. Admittedly they have some excellent acts on occasion who use it as a venue to try new material, I once saw Rich Hall for £5! But equally I couldn’t hear most of that show as the crowd became drunker and more restless. If you really want to see a slick show with decent comics and a respectful audience then I have two suggestions for you.

The UK seems to like predictability in their culinary choices, seen in the proliferation of the chain store, churning out the same stuff at hundreds, even thousands, of locations across the country. Every high street will have a Costa, Caffe Nero, Greggs and 3 Pret a Mangers doing the exact same thing as the branch around the corner. This goes for restaurants too, especially in popular tourist spots like Oxford Street you will see the likes of Pizza Express, Prezzo, Strada and Cafe Rouge. None of the food is necessarily bad and I’m of the opinion that everyone should have at least one steak bake in their life. The issue is that they aren’t exactly inspiring either, and if we’re looking for a more interesting experience to write home about then we probably won’t find it here…but never fear I have an alternative.

Kingly Court is a recent discovery of mine, this is what their site has to say about it “The unique food hub brings 20 of the best international concept restaurants, cafés, bars and food operators situated in a vibrant courtyard, which is open air throughout the summer months and covered in the winter”. You are spoilt for choice here, my goal is to eat my way around the entire place eventually. Consider it a refuge from Oxford Street, Leicester Square (hell on earth) and those other hectic tourist spots. It’s only a short walk from these key tube stops and a great place to take a break from being a tourist and re-fuel your weary body. It’s also highly instagrammable for those of you who like to share their food with the world. 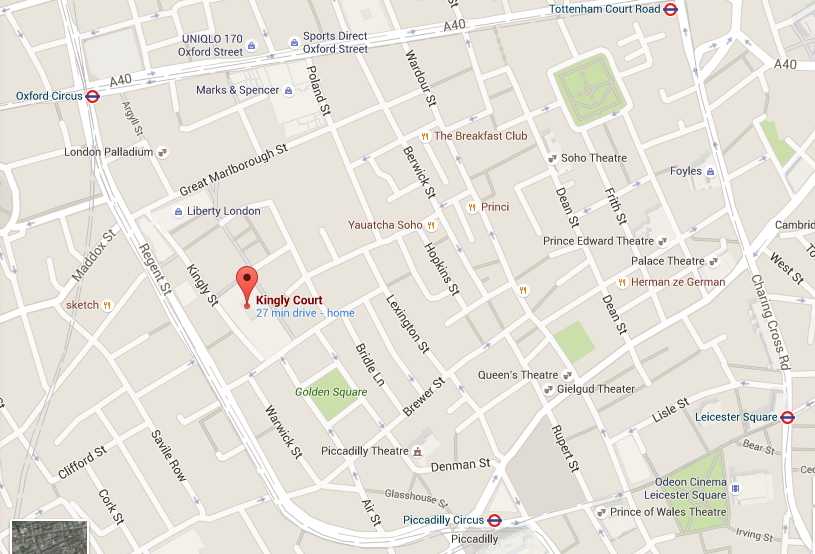 I guess what I’m really saying is that none of the ‘Don’ts’ are terrible. Not knowing any different, you may even have a fantastic time at all of them. There are however, alternatives that I have personally enjoyed more than their 5 star counterparts. You can heed my advice, do the exact opposite or something else altogether. At the end of the day it’s totally up to you how you want to enjoy your time in London. It’s such an amazing place you would probably have a good time going to the London Dungeon, drinking in a Wetherspoons and eating at the Bubba Gump Shrimp restaurant.

Thinking about moving to London? Read my post about that here.