Koh Tao – A Sure Thing

They say there are three sure things, death, taxes, and nurses. On Koh Tao those sure things are more like diving, bike related injuries, and visa runs…this week I did all three. At the beginning of the week I started my Intro to Tech course which involves diving on twin tanks with buoyancy being provided by a horseshoe shaped set of wings. Nothing could be more different from sport diving! The body position feels totally bizarre for a while and involves a lot of back arching and bum clenching (not as exciting as it sounds I assure you).

After our second dive I felt like I was getting the hang of it and was really excited for the next day and the hell dive. The hell dive basically means your instructors mess with you underwater by turning off tanks and taking off your mask and fins, undoing your harness and possibly even tying you to other people underwater.

Alas I did not make it to the hell dive because that morning as my friend and I rode down to the tech shack my foot was taken out by another bike and my toe was left a bit cut up. There were a few tears, mainly when I saw the lady at the clinic cutting away a flap of skin and putting on the iodine…ouch! Luckily I had Silvia (the bike driver/friend) and James (the adult/tech dude) there to hold my hand. I can finish the course another day so it’s not the end of the world just an inconvenience but as far as most bike injuries go I got off pretty lightly.

I had also booked a visa run to Burma for that night, it was generally pretty painless just a bit boring and when I got there the first thing I heard from a Burmese guy was ‘hey New Zealand! Kia ora’, not something I’ve heard in a while. I have now met one kiwi here who was doing his advanced course and of course he was from Auckland but we still managed to work out that he knew the Cannings from the Wairarapa so we maintained the two degrees rule. It was strange hearing a strong kiwi accent again, I think this place is starting to make me talk funny! 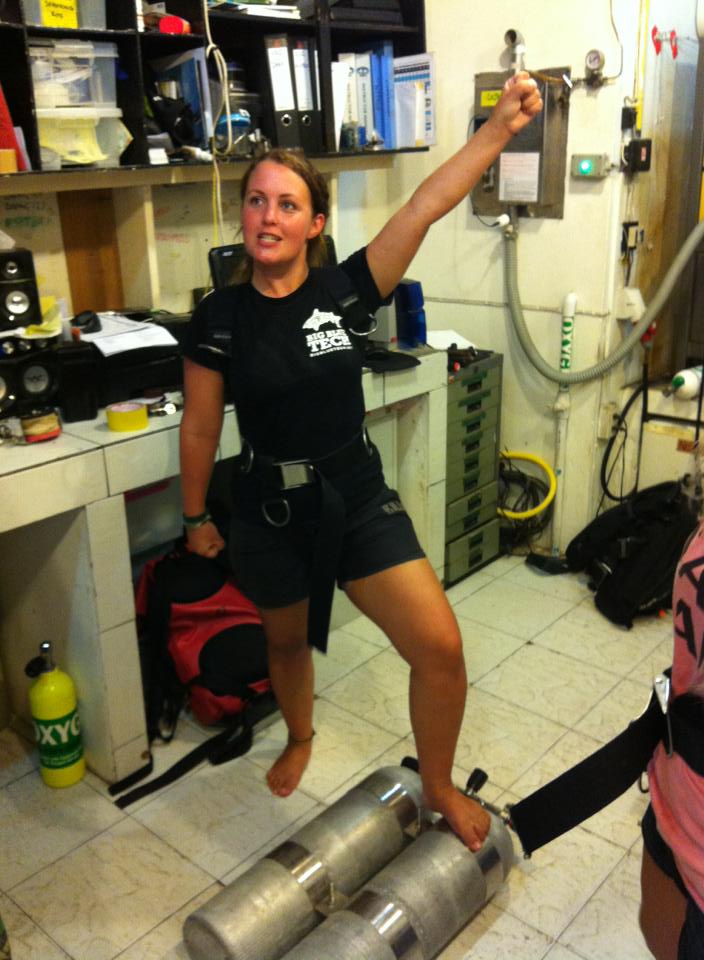