Liveaboard Diving – What you need to know

Stuck on a boat in the middle of the ocean with 20 other sun-burnt salty sea dogs. No it’s not the premise for a terrible movie involving a mutant sea creature, it’s actually my idea of the perfect holiday. A liveaboard is a boat-based, multi-day excursion focussed on scuba diving. The name is pretty self-explanatory in that you LIVE, ABOARD the boat without coming into shore (you get it). You and your group will do several dives per day, usually visiting sites that would never be accessible on a day trip which is a major bonus of this type of diving. The other bonus is the value for money – a liveaboard can be a very cheap way to go on a diving holiday. Normally you will have 3-4 dives a day, your food and accommodation is all provided and you have no expenditure when you’re on the boat. So although the initial cost may look high…it’s all you have to spend for your whole trip, plus the cost per dive is actually pretty reasonable when compared with resorts. I have been to both Egypt and Thailand on liveaboards so hopefully I will be able to shed some light on what you can expect to encounter. 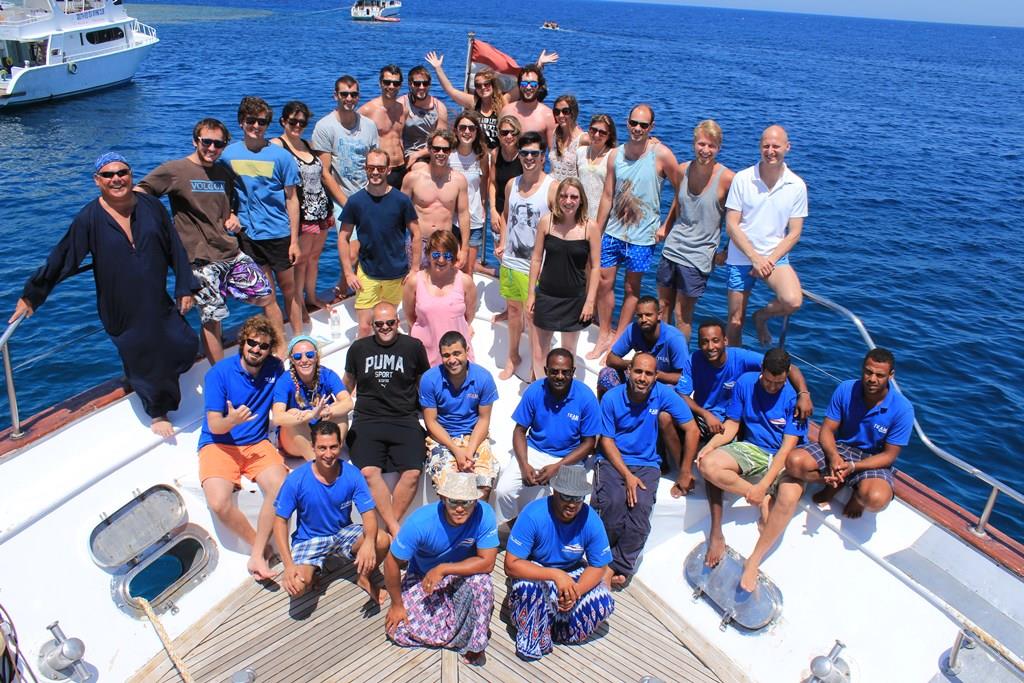 It may seem like a daunting adventure at first, especially if you aren’t Diver Dan or Scuba Steve or another alliterative adventurer (see what I did there?). Don’t think that it’s only for experienced divers with massive numbers in their dive logs and certifications out their ears. Anyone that loves to dive will gain a lot from the experience regardless of their skill level. I have been on one trip where the majority of people only had their Open Water ticket, by the end of the liveaboard they had tripled their total number of dives as well as their skill level and confidence in the water. It’s a great idea to use the time on board to qualify as Advanced Open Water and even do specialities like Nitrox. These can be done in a day and will extend your maximum depth and bottom times. Let your operator know and they will make sure there are course materials and an instructor on the boat. 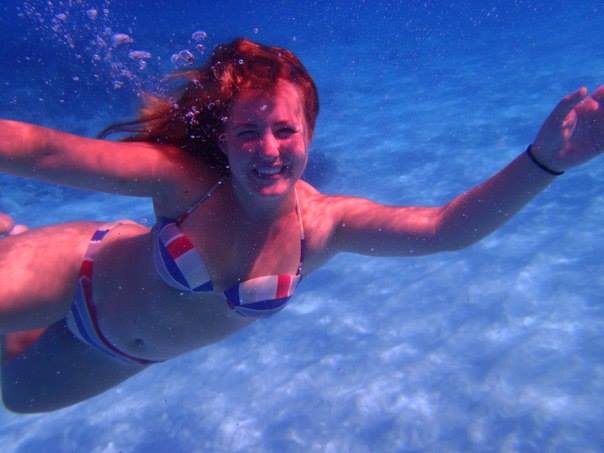 Picking an operator may seem daunting…how are you really meant to know who is good and who isn’t? I have used two companies before: Emperor Divers in the Red Sea and Big Blue Diving in Khao Lak, I found both of them to be excellent (let me know if you have any recommendations in the comments). The truth is, if you’re operating a major liveaboard company with hugely expensive boats then you probably aren’t a complete cowboy. There is however, one very important question you should ask any company you dive with whether it’s a school based on land or on a liveaboard. That question is ‘Where is your oxygen and who knows how to use it’. Oxygen is the stuff that will save your life if things go wrong (very unlikely) so it’s essential that they have it, and that someone on-board is trained to use it, someone other than the guides who may still be in the water when an emergency occurs. Ideally you would know how to use it too but that is usually covered in the higher level courses that you may not have completed yet. A company who can’t tell you their procedure or what they have on-board are not people you should be diving with. 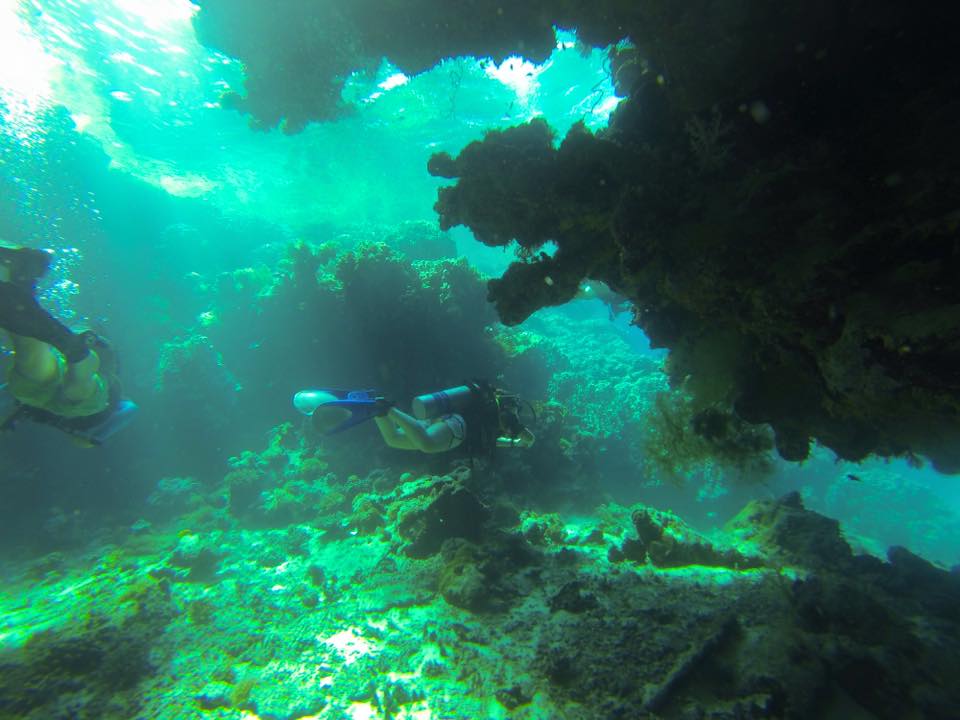 To avoid injury it’s also really important to take care of yourself before and during the liveaboard, if you bring illness onto the boat no one will thank you for it. During my Thai trip people were dropping like flies as Typhoid Mary shared her lurgy with everyone. Most didn’t make at least one day of diving which can be annoying when you only have limited time, although a sun-deck isn’t the worst place to convalesce. I only just managed to make my final dive and then spent the following week in a Phuket hostel streaming mucus and feeling sorry for myself. Aside from congestion there are other things you should be mindful of such as sun-burn, dehydration, diarrhoea and swimmer’s ear.

Chances are the climate will be considerably different to what you’re used to and you may not be used to drinking tonnes of water or being mindful of staying out of the sun. Being well hydrated is absolutely key as diving can be very taxing on the body when done repetitively. You should also be aware of the effect new food and water will have on your guts (gross but true). Our Egypt Crew re-named themselves the Egypt Poo as there was a fair amount of bum gravy being produced (sorry, that even grossed me out).

Ear health is also vital to your trip as they take a bit of a battering with all those pressure changes so you want to make sure equalizing is pain free. A solution that is 50:50 white vinegar and rubbing alcohol will help act as a drying agent and kill any organisms that might have taken up residence in there. Use it in each ear for five minutes after every dive and it should see you through. What ever you do, DON’T put your fingers or a q-tip in there to get rid of water, this is just putting undue stress on them that they won’t thank you for. 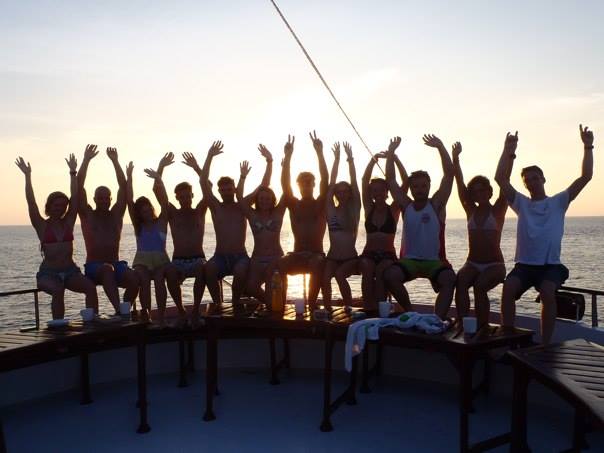 So what are you meant to do when you aren’t diving, holding your head to the side whilst jumping up and down, or pebbledashing the porcelain?..well you EAT and then you SLEEP, essentially you become a cat. You will be fed like a king, it never failed to amaze me what the chef was able to create in the tiny on-board kitchens. There was always a buffet with a variety of dishes and even someone like myself, who is vaguely fussy, found something tasty to eat. After eating you take your book and head for the sun-deck where you make a valiant attempt to read more than one page before you fall asleep, only to be woken up by the bell calling you for the next dive.

Four dives in one day is exhausting and even I, who is of the opinion that naps are for toddlers, found myself curling up for an hour at a time after a dive. A liveaboard won’t be a big party trip as repetitive diving will wear you out and it would be irresponsible to dive with alcohol in your system from the night before. In saying that, on one trip we all decided not to do a night dive and instead hung out on the sun-deck with a few gins and played some cards so it’s not total squaresville. 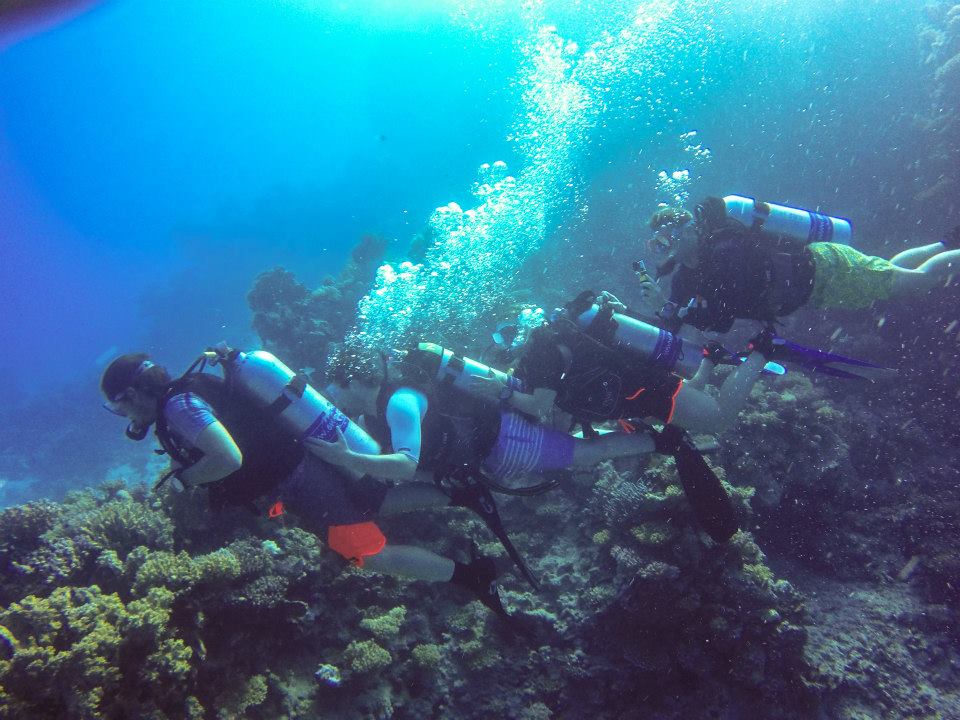 And aside from all that ‘on-boat’ malarky there is the most important bit…THE DIVING! I had spent 5 months on Koh Tao prior to my Similans trip, which is known for being a popular underwater destination, so I felt like I had already taken a huge step up from the cold murky waters of New Zealand. Looking back at my dive log of the liveaboard I have used phrases like ‘mind blown’, ‘awesome’ and ‘saw cuttlefish getting it on’. I remember thinking this was sea-life like I had never seen before.

The same goes for Egypt, we were diving these hugely varied sites, from coral gardens to wall dives all in the same day and with hardly anyone else around. Land based day-tripping companies are almost victims of their own success in a way. They are hugely popular which means they are in every guide book and part of most people’s travel itinerary (Go to full moon party – get on ferry – turn up to join dive course covered in day-glo paint). So when you get to a dive site you are there with seven other boats full of people from other schools and you all converge on the dive site at once. The beauty of a liveaboard is that you get a long way off shore where day trippers can’t find you, dive sites are much quieter and consequently there is more sea life around.

You can check out the video below for a glimpse at what it’s like under the water.

The best diving I have ever done has been on those liveaboards and my intention is to do plenty more in future. It’s a very rewarding holiday if you like a lot of adventure mixed with a bit of basking in the sun while being waited on. Take some friends or buddy up with the other enthusiasts on your trip, either way you are going to have a marvellous time, see some amazing things and have got your fill of compressed air, enough to see you through til the next time you can get under the water.

Read about my liveaboard trips to the Similan Islands and the Red Sea.